Bluetooth is a short-range wireless technology standard that is used for exchanging data between fixed and mobile devices over short distances using UHF radio waves in the ISM bands, from 2.402 GHz to 2.48 GHz, and building personal area networks (PANs). It was originally conceived as a wireless alternative to RS-232 data cables.

What is Bluetooth used for?

Bluetooth commonly used for mobile device to share documents or to connect with other Bluetooth-enabled devices. Now many different devices to connect to each other and work together including cell phones, stereos, headphones, speakers, printer and many more. 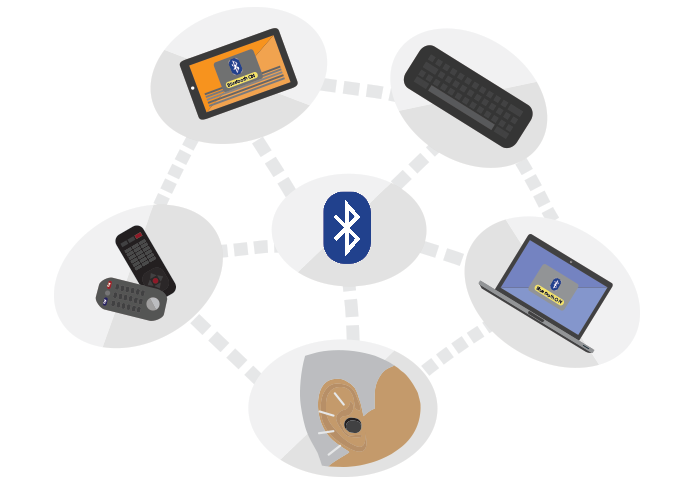 How does Bluetooth work?

It is mainly used as an alternative to wire connections, to exchange files between nearby portable devices and connect cell phones and music players with wireless headphones. In the most widely used mode, transmission power is limited to 2.5 milliwatts, giving it a very short range of up to 10 meters (30 feet).

Bluetooth is managed by the Bluetooth Special Interest Group (SIG), which has more than 35,000 member companies in the areas of telecommunication, computing, networking, and consumer electronics.

The IEEE standardized Bluetooth as IEEE 802.15.1, but no longer maintains the standard. The Bluetooth SIG oversees development of the specification, manages the qualification program, and protects the trademarks.

A manufacturer must meet Bluetooth SIG standards to market it as a Bluetooth device. A network of patents apply to the technology, which are licensed to individual qualifying devices.

As of 2009, Bluetooth integrated circuit chips ship approximately 920 million units annually by 2017 there were 3.6 billion Bluetooth devices shipping annually and the shipments were expected to continue increasing at about 12% a year